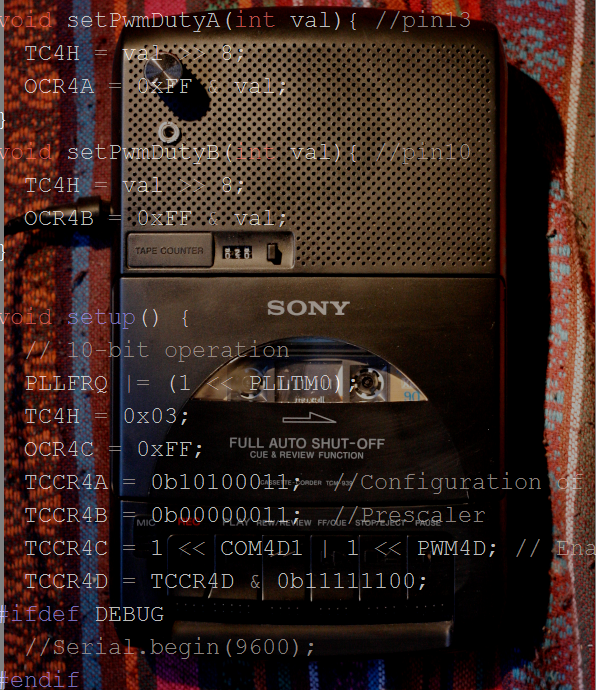 I arbitrarily settled on 10-bit PWM, as a balance between a bit more precise, and its longer output speed being valid enough for this case due to the motor's inertia. I should experiment with PWM more, because it seems there are better ways to make a tradeoff that work well for this case.