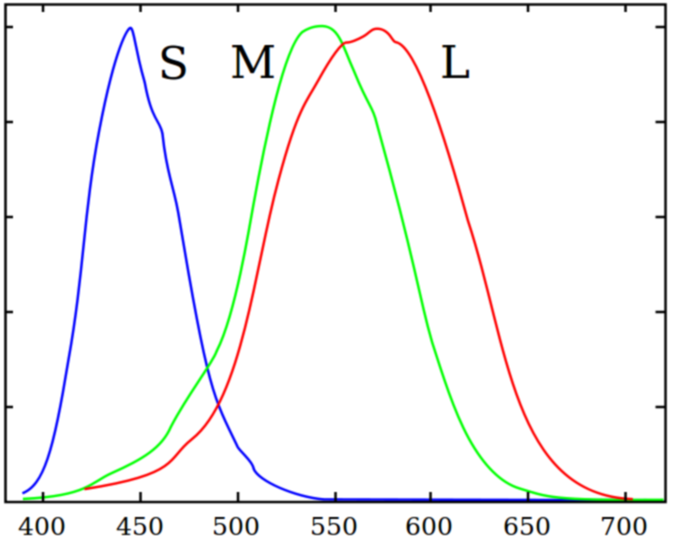 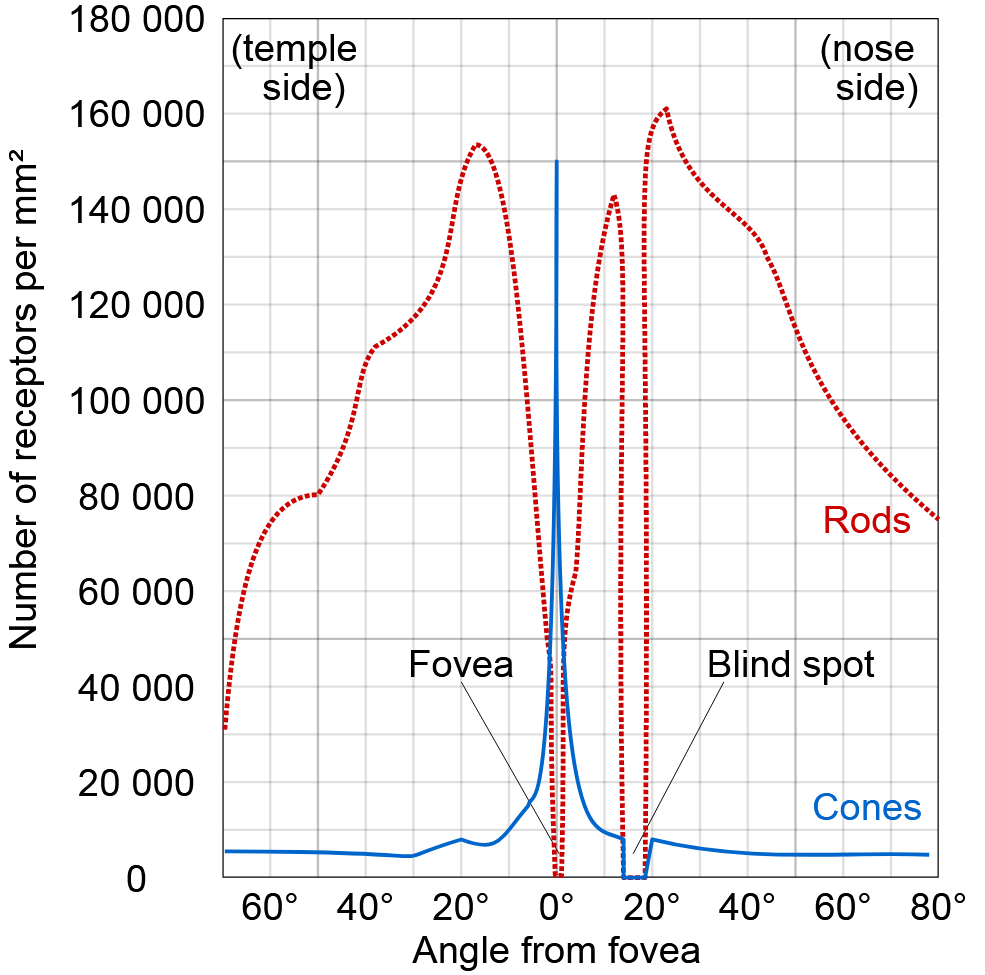 In general, you have more red cones than green cones, and noticably fewer blue cones (~2%?). So we see red a little faster and a little more accurately.

We are about equally sensitive to blue intensity, but find it harder to see detail in it.