This was an exercise in practical, not technical. I wanted to make a music player that is as basic as possible, unobtrusive, low power, that just works.

Sure you can use your phone, but people want to take those with them.

Sure you can use a bluetooth receiver. We have that too. But that usually still means phone, and nearby.

Sure you can use a smart TV for internet radio, but the larger the TV, the more that's a visible waste of power. Also, our TV's app store stopped existing and it becomes a dumb TV again.

Sure you can use Chromecast, which works well when when it works but even then is extra steps to explain ("No I don't know why it doesn't detect it - works for me, see? I think it's a wifi isolation thing. Wait, are you on iPhone? Maybe the support works differently there, couldn't tell you but it seems more fiddly."), and in my experience everything from bubbleupnp to spotify will, at some time later, either lose its ability to control what's happening, or sometimes hang not playing music. It's a minor gripe, but still. Also, I have a classical rather than audio-only chromecast, so the TV needs to stay on to be the DAC. It works, but meh.

So I wanted a little box. 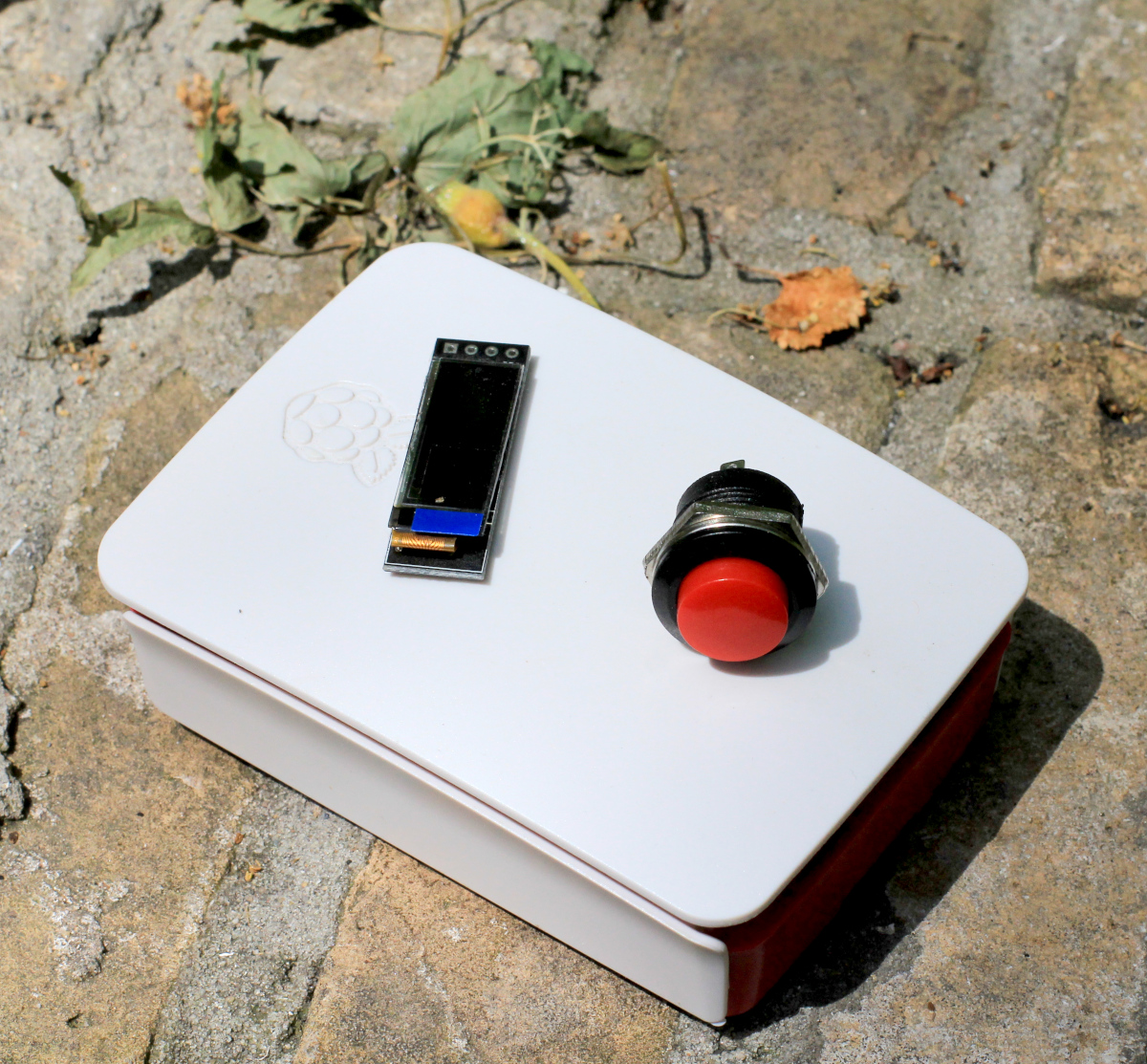 in part because it's small, high-contast, and cheap
in part because I think it's elegant that it makes no light when off
showing current station, and whether we're connecting or playing

And if it breaks, it's clear who has to fix it. Yes, me, but at least that way I know it'll actually happen.

I considered an ESP8266 or ESP32, for small size, low power use, and the sake of learning audio on that platform, and the fact that other people have already made this so it would be little work.

But I figured that its PWM-based audio would probably not sound great, and the point is nice music. Though note that ESP can do I2S (DMA'd, which it would need to), which would basically fix that, given an external I2S DAC.

Without an external DAC (which are relatively easy, there are boards), audio is still PWM-based and not audiophile grade, but almost certainly better than ESP PWM. And if needs be, I think have I2S DACs somewhere.

...leave a lot to be duct taped together (e.g. MPD and a controller interface)
...or are so fancy they need their own web interface that is more complicated than I need (e.g. volumio)

Also, integrating that display and button into pretty much any option would be somewhat awkward, and probably half the work regardless of how simple or compelx the codebase / interface.

So we focus on easy instead, using ImageDraw to draw on a PIL image we can send, which lets you fiddle with TTF fonts and such in a few lines.

...or similar. This manages the existance of streams, where they're mounted.

which reads music files and sends it to icecast2
When all you care about is feeding a playlist, there are various simpler sources that work, but I like LiquidSoap for flexibility and a little audio processing.
it's so flexible it has a learning curve