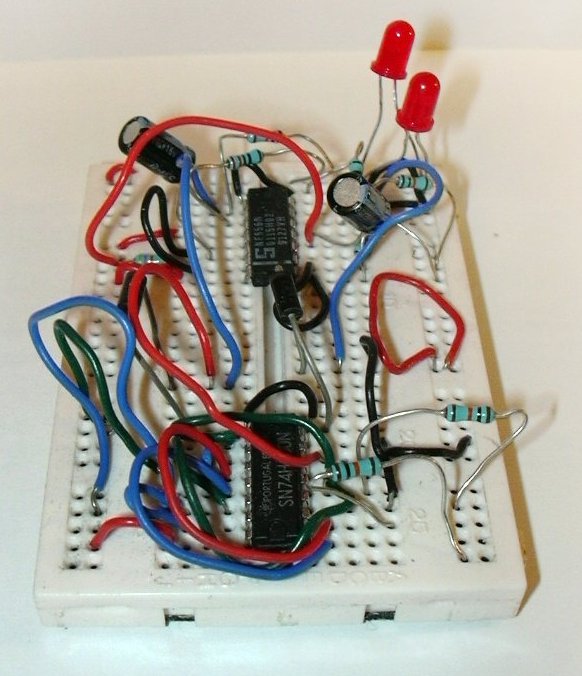 These have a little bit more capacitance than PCBs, stripboards, and such, so avoid these for high-frequency applications.

People regularly use some solid-core wires to plug around these things (even pre-cut, partly just because shops tend to sell them), and it can look like a rather neat variant of your drawn circuit.

Back of a used stripboard, with most lanes cut into two or more parts (and consistently too much solder used) 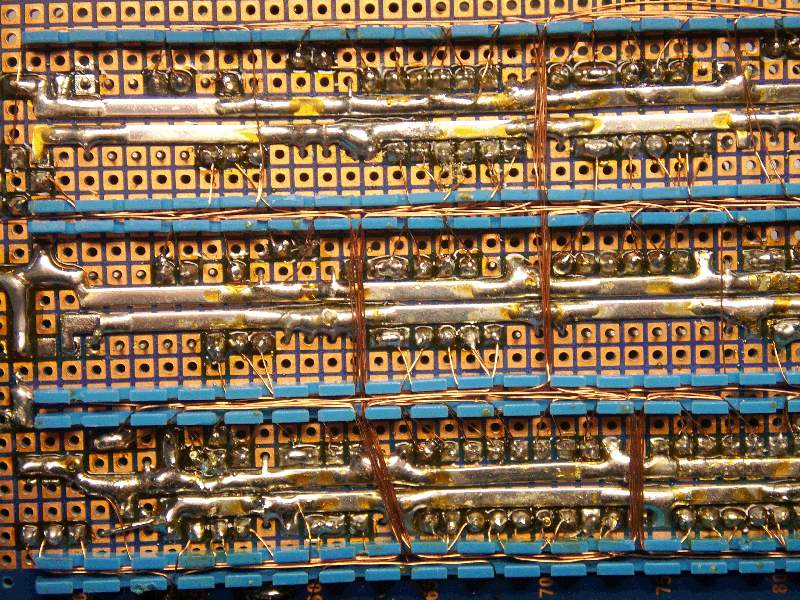 ..and many others (TODO)

There's always hot glue., though it doesn't hold well on every surface.

Hints originating in physics and chemistry

It's basically a thin strip or tube of stranded copper.

Used subtly enough, it can also clean up accidental solder bridges, and a few other tricks.

Press the wick to solder, using your soldering iron on top.

Once this heats things enough, there's a capillary-like effect that makes most of the solder flows into the wick.

You should not need much pressure at all - enough for basic contact, the heat should do the rest.

You will probably have an easier time with some flux under or in the braid.

You can get braid with flux, but adding flux just before use seems to work better -- though this may be a review of the cheap braid I have.

Using braid works a little better when your soldering tip is flat, delivering heat faster, also meaning that if you're holding the wich in place you're less likely to burn your fingers.

Wider can be nice for removing larger blobs.