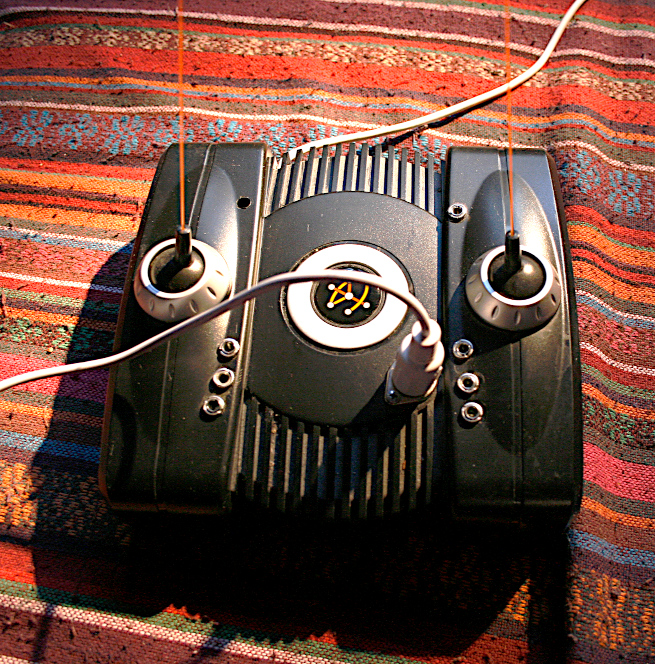 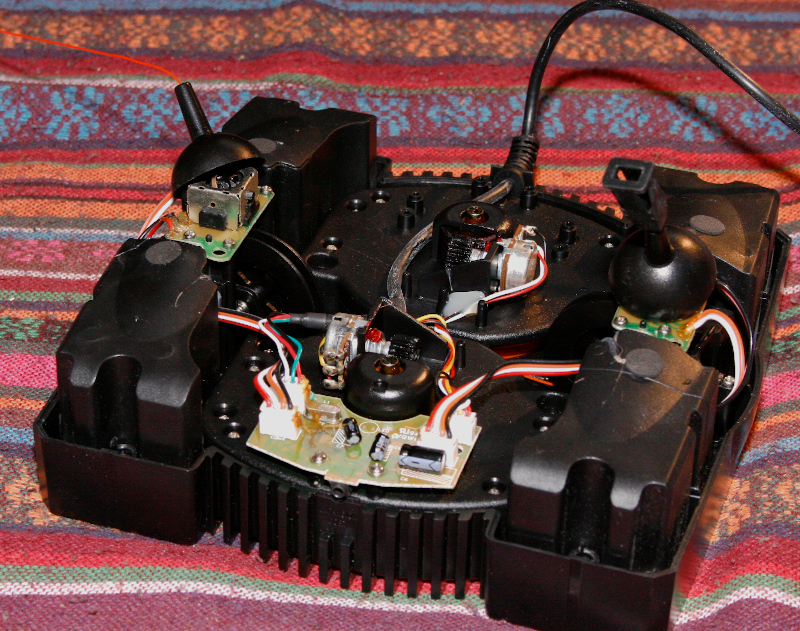 It's presumably possible to create a PS2-gametrak-specific driver to deal with the different format, but not really a convenient solution in that most platforms do not make custom drivers very easy to use (and it being HID doesn't actually make that easier).

The potmeters are all 5kOhm, so putting them across Vcc and Gnd is fine (consumers 1mA each at 5V).

Wiring the middle to an ADC doesn't even need any extra components. You want some board with an ADC that muxes to at least 6 pins (because six pots). Which describes most arduino-style boards, though you probably want a Nano or Micro (or some other small board - Teensy, ESP, blue pill) to fit it into the case.

You can go a more custom if you want. For example, this project made a PCB (for a PIC microcontroller) and the same sized board and the same sockets as the original, so that you don't even need to cut anything.

The things you want to plan up front:

It turns out that imitating motions of a real instrument makes a lot more intuitive sense than six degrees of freedom that do seemingly arbitrary things.