The exponentially weighed moving average (EWMA), a specific variant of a moving average is the name for an easy-to-realize (first-order) lowpass on discrete time-domain data. 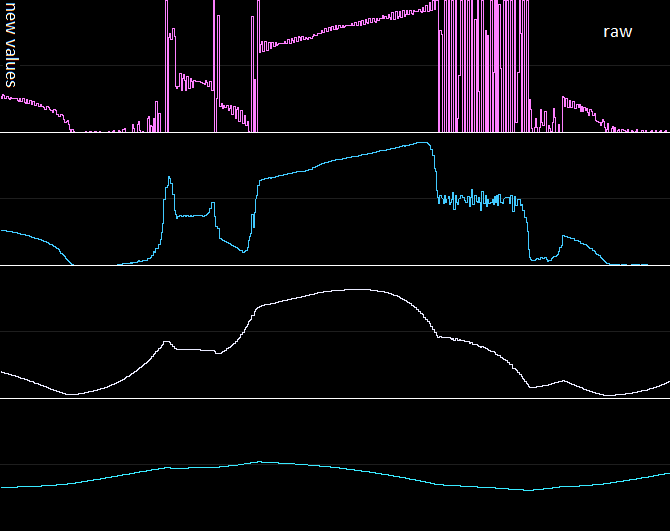 In practice typically <0.2 and often <0.1 or smaller, because above that you're barely doing any filtering (or sampling verrrry slowly).

In applications with relatively regular sampling, α is often based on:

(RC latter seems a reference to a resistor-and-capacitor circuit, which does lowpass in much the same way. Specifically, RC gives the time in which the capacitor charges to ~63% of the potential difference[1])(verify)

In practice you'll often choose an RC that is at least a few multiples of dt, which means that α is on the order of 0.1 or less. (if using an RC close to dt you'll get alphas higher than ~0.5, which barely does anything)

(At the same sampling speed: the lower alpha is, the slower the adaptation to new values, and the lower the effective cutoff frequency)(verify)