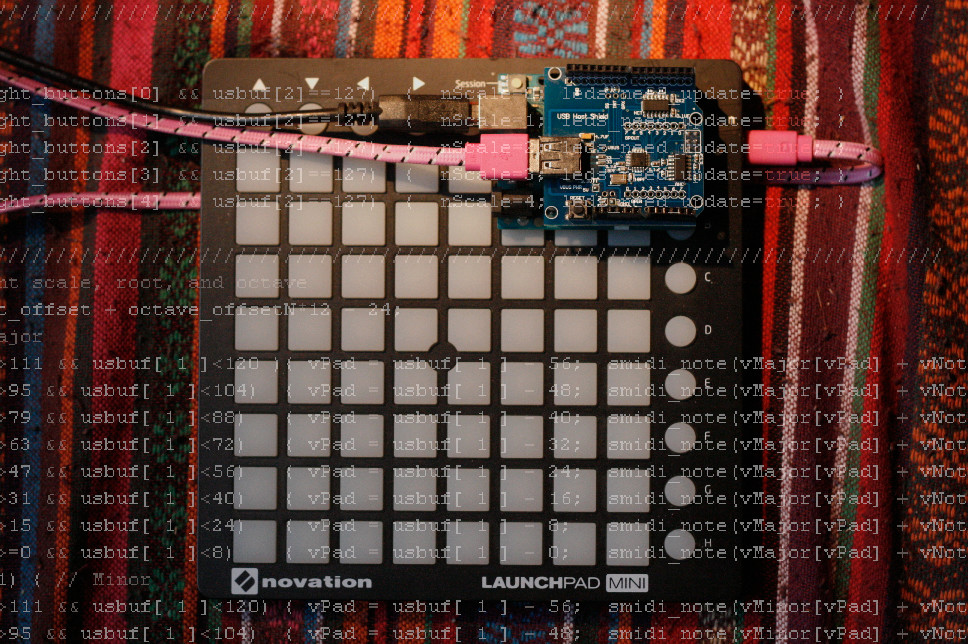 It speaks MIDI, but the note layout is not musical at all. If you want to use it for that (note: no velocity; you may want a Pro or X for that - but by then, also compare to things like Push), you want a different layout.

Acting as a translator (USB-midi to the pad, and as of this writing serial MIDI on the other end) lets us create a isometric keyboard layout, and add features we can think of, such as a step sequencer. And control the LEDs.

And because USB-MIDI is defined in USB itself, the USB code is not particularly scary.