From Helpful
(Redirected from Decoupling capacitors)
Jump to: navigation, search 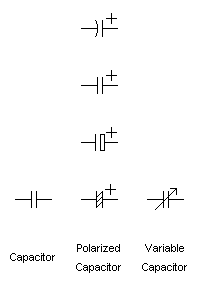 The symbols used in circuits

Capacitors (regularly abbreviated as caps) take an electrostatic charge, which (ignoring leakage) will remain until discharged.

When you put DC across them, they charge to that voltage. They work as a sort of battery - with tiny capacity, but enough for a number of practical uses.

When you put AC across them, limited charging speed means they work more like frequency-dependent resistors, which is why they help build signal conditioning, noise reduction, filtering, and resonant circuits.

Some theory and behaviour

You'll often know the maximum voltage a capacitor will be exposed to, though you may wish to consider your circuit's ripple current, peak current, fault current, possible voltage reversal, and more.

The voltage spec seems a nominal one, in that it can probably handle more, but you may shorten its lifespan, and with significantly more you will make it fail. 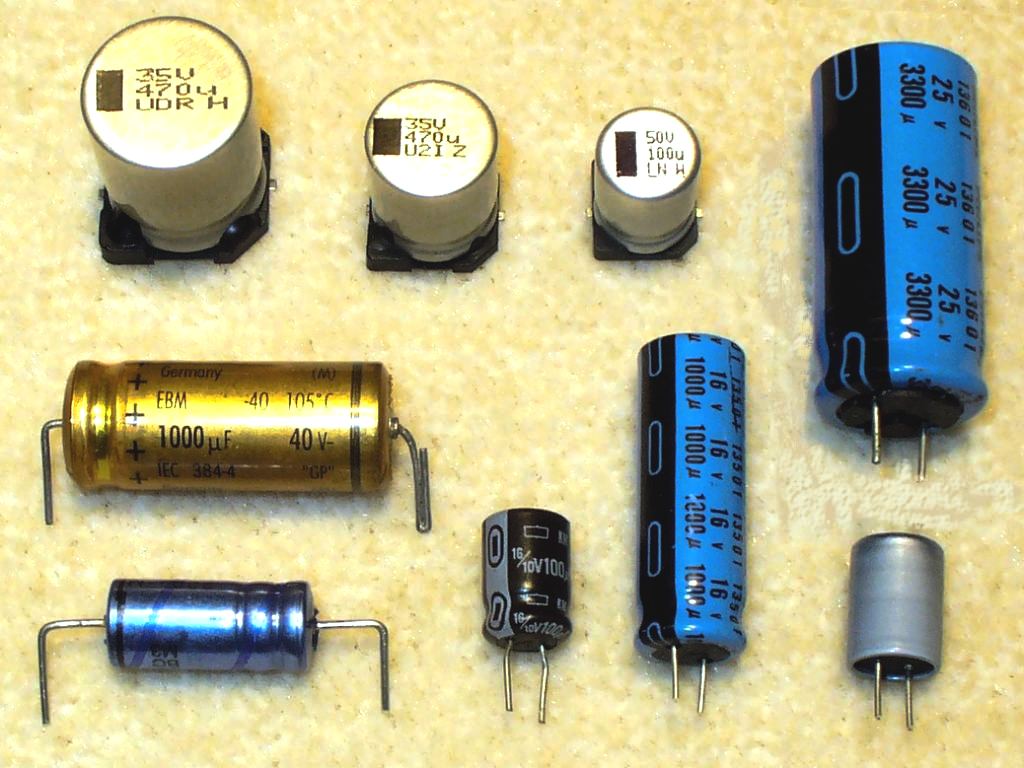 Some electrolytic capacitors - various radial lead (both leads on one end) and some axial lead (both ends), and SMD variants ( top left)